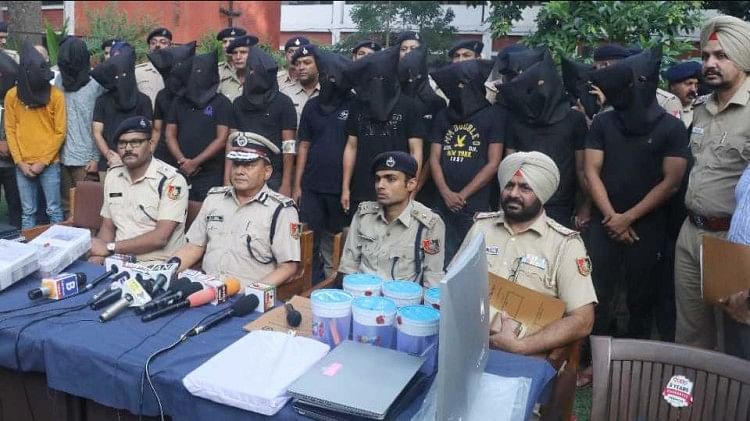 The criminals of the international gang, who blackmailed people by giving loans from the app and extorting money, have made many important revelations in the police interrogation. The accused told that they used six Chinese apps for cheating. After downloading them, all the data of people’s mobile used to reach them. 60 agents were also associated with him in this game of blackmailing and cheating. After this revelation, the police has sent notices to all these people for questioning. Let us inform that on Tuesday, the Chandigarh Cyber ​​​​Cell had arrested 21 people in the fake loan app case.

According to police sources, the Intelligence Bureau (IB) team had also reached the Sector-17 Cyber ​​Cell police station to interrogate the cyber thugs. He has obtained many important information in the interrogation of the accused. During this, the IB team, with the help of a translator, interrogated the mastermind of the gang, Chinese national Wan Chenghua. In this he told that he Hug Loan App, AA Loan App, Jitu Loan App, Cash Free Loan App, Cash Coin and Fly Cash Loan app download. These apps have been prepared by his friend sitting in China.

SP Ketan Bansal said that all these apps are easily downloaded from the Play Store. All these information have been given to Google and a letter has been written asking them to close these apps as soon as possible. The 60 agents whose names have surfaced will also be questioned so that their role can also be ascertained.

Five accused including mastermind on remand till 16

Cyber ​​Cell Police Station on Tuesday produced 10 accused of international thug gang in court and sent them to judicial custody while seven accused were sent to jail on Monday. Mastermind Van Chenghua (34) and Anshul Kumar (25) resident of Sector 49, Noida, Parvraj Alam alias Sonu Bhadana (32) resident of Ranchi, Jharkhand and two other accused are on remand till September 16.