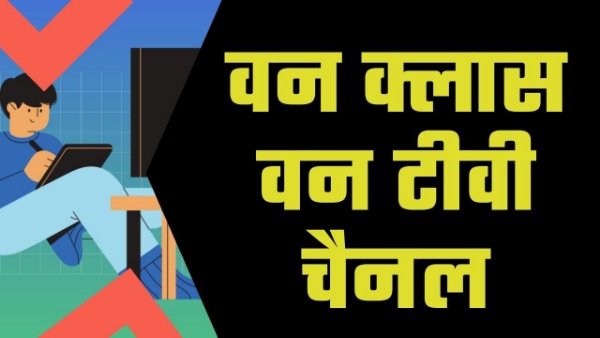 For the last one or two years, the corona virus is causing havoc all over the world. Lockdown is the only option left as per the instructions of WHO to avoid this catastrophe. That’s why the lock-down was imposed by the government in many states of the country last year and at present once again the updated variant of Karona i.e. Omicron has started spreading among the people. Therefore, to prevent this also, the government can impose lock down again. Many people face many problems due to the lockdown, but the biggest problem is regarding the education of the children, because they are not able to complete their studies properly. That’s why the government has focused more on digital learning. In this year’s general budget 2022, it has been announced to start a scheme named ‘One Class One TV Channel’. In this article, we are going to give you information about this.

The country’s Finance Minister Nirmala Sitharaman has made a very important announcement regarding the education of children. The government has focused a lot on digital education and that is why the government has also proposed to set up a digital university in the budget of 2022-2023. Along with this, under Pradhan Mantri E-Vidya Yojana, Finance Minister Nirmala Sitharaman has also announced to increase the number of TV channels in One Class One TV Channel.

Earlier, there were only 12 TV channels in view of One Class One TV channel, through which students could study online while staying at home, but the government now wants to increase the number of those 12 TV channels to 200 TV channels, which are useful for education. It is being considered as a very important step from the perspective.

The Central Government of India is continuously analyzing the damage caused to the education system due to Kovid-19 in the country and that is why the Government is focusing more on digital education, so that there is no loss of education of children and Don’t waste their years! There are still many such students and many people in our country who have not been able to access the internet and that is why they are deprived of using the internet. In the condition of not being able to run the internet, he faces many difficulties in doing his studies online. Therefore, looking at the problem of all over all people, the Government has announced One Class One TV Channel program to reach the people through DTH and Radio apart from television. India’s education system was the most affected due to the Kovid-19 virus, because the education system is related to the future of the children, which is continuously getting ruined for the last 2 years. That’s why the government focused on getting digital education done after a lot of thought, for which a huge budget was also launched and tablets, smart phones and laptops were distributed free of cost to the children.

Keeping in mind the education of children, the Central Government had released 93.2 thousand crore rupees for One Class One TV channel last year, which has been increased to Rs 1.04 lakh crore in the year 2022-23.

Emphasis on digitization of education

The loss of children’s education due to coronavirus will no longer be due to One Class One TV channel. He will be able to do online digital studies while sitting at home and save his year from getting wasted.

enhancing the talents of children

Through this one class one TV channel programme, the hidden talent of the students means that their skills will also increase.

There were only 12 TV channels under the One Plus One TV channel program, but the government has now increased their number to 200, which are also available in regional languages. Therefore, students from class 1 to class 12th will be able to continue their studies through online e-learning sitting at home. And this will also give a boost to e-learning.

Digital University will be started with the aim that students can get the service of education while sitting at home. Under this, they will be able to get high quality education while sitting at home. Bata De Digital University will be set up under the network of hub-spoke model, in which latest ICT experts and public institutions will support as hub-spoke medium.

There are some subjects in which practical is required. Such as fashion designing, tailoring, travel etc. To learn all these, e-learning is not considered very effective.

In this, students do not get education of primary values ​​like discipline, brotherhood.

So One Class One TV Channel is such a platform which is helping the children of poor families. In such a situation, the dreams of those children will now come true, which could not be fulfilled due to financial constraints.

Q: Which is the application related to One Class One TV channel?

Ans: From internet or from google play store

Q: Who is the beneficiary of One Class One TV Channel?

Q: One Class One TV channel has been launched for which class?

Ans: It has been launched for classes from class 1 to class 12th.

Q: Who is the host of One Class One TV channel?

Q: How many channels are included in One Class One TV Channel?

Q: How many channels were included in the first One Class One TV channel?