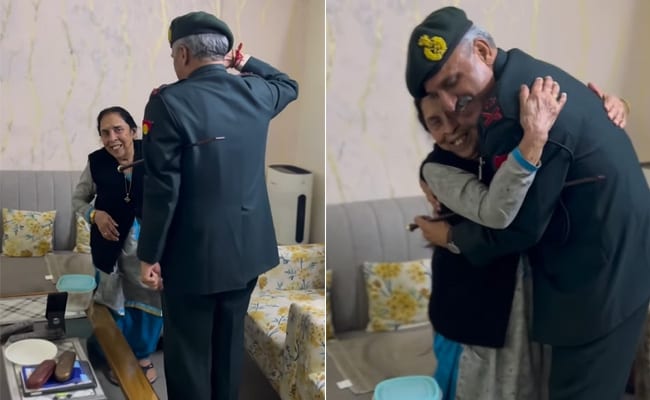 Army Officer Last Salute To Mother: Recently, a cute video on social media is making everyone emotional, in which an unbreakable bond of love between a mother and a son is being seen. The army officer himself has shared this video, in which he is seen doing the last salute to his mother just before retiring. This video is fast attracting the attention of people on the Internet, seeing which the hearts of the users have melted.

Although the day of retirement from service is very special and full of emotions for everyone, as can be seen in this viral video recently. In this viral video, an Indian Army officer is seen saluting his mother wearing his last time uniform before retirement. It can be seen in the video that, as soon as he reaches his home, a woman opens the door, after which he goes straight to his mother and salutes her, after which the mother sitting on the sofa happily gets up and hugs her son. Is seen hugging. This video is really very emotional.

This video has been shared by Major General Ranjan Mahajan from his account on the social media platform Instagram. This video is being watched and shared a lot on the internet. While sharing the video, it is written in the caption that he walked from Ambala to Delhi for this and immediately before retiring, he did the last salute to his mother. This video has got more than 5 lakh views, while more than 44 thousand people have liked this video. Some users who have seen the video are congratulating the Major General for a brilliant career in the army and wishing him all the best for his second innings.