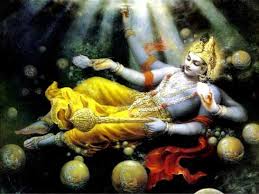 Devshayani Ekadashi is a very important fast of Hindu religion, many descriptions related to this day are seen or heard in the ancients. According to the ancients, from this day onwards Lord Shri Vishnu resides in Hades, this abode of Lord Vishnu lasts for four months, which we call “ChaturmasKnown by name. It is believed that for the protection of the world, Lord Vishnu took many forms to kill the demons and demons. After destroying the demon Shankhachur, Lord Vishnu goes into sleep and only after a gap of four months, Lord Vishnu’s sleep ends, for these four months Lord Vishnu sleeps on a bed in the Kshir Sagar, during which any religious Works like marriage or any other work are not done. The day when sleep ends is known as Devuthani Ekadashi. Devuthani Ekadashi, Gyaras Tulsi Vivah Click here to know related things.

This fast is done to please Lord Vishnu. According to the customs of Hindu religion, Lord Vishnu is worshiped on the Ekadashi (Gyaras) date of every month, and Ekadashi fast is observed. There are two Ekadashi in every month, one in Krishna Paksha and one in Shukla Paksha.

Other names for Dev Shayani Ekadashi

Some important Ekadashi (All Other Ekadashi Names) coming in the year –

Devshayani Ekadashi is celebrated on the Ekadashi of Shukla Paksha of Ashadh month. Chaturmas also begins from this day. Chaumasa/Chaturmas Significance Read here to know about it. It is believed that by observing this fast, all desires are fulfilled and the Lord is pleased.

In this year 2022, Devshayani Ekadashi will be celebrated on 10th July.

A story is prevalent in the Puranas behind Devshayani Ekadashi.

A long time ago, there used to be a Chakravarti king named Mandhata in the Suryavanshi clan. He was a very great, majestic, generous and caring king. The kingdom of that king was very happy and prosperous, money and food grains were in abundance. The people there were much happier and happier than the king, because the king took great care of his subjects. At the same time, he was the king who made all the rules according to religion.

Once upon a time there was no rain in the king’s kingdom for a very long time, due to which there was a famine in his kingdom, due to which the king became very sad, because his subjects were very sad. The king wanted to overcome this crisis. The king was engrossed in worry and began to contemplate what such sin has been committed by him. To find a way to get rid of this crisis, the king goes to the forest with the soldiers.

The king wandered in the forest for several days and then one day suddenly he reached the ashram of Angira Rishi. Seeing him very distraught, Angira Rishi asked him the reason for his disquiet. The king narrated to the sage a detailed description of his and his kingdom’s problems, the king told the sage how there was a sudden famine in his happy kingdom. The king requested the sage that ‘O! Sage Muni should tell me some such remedy by which happiness and prosperity can return to my kingdom. The sage listened carefully to the king’s troubles and said that just as we all worship Brahma Dev, but in Satyuga only Brahmins have the right to read Vedas and do penance, but in your kingdom a Shudra is doing penance. There is a famine in your state today because of the same reason. If you want to see your kingdom happy as before, then end the life of that Shudra.

Hearing this, the king was very surprised and the king said, ‘O sage sage, what are you saying in this, I cannot kill such an innocent creature, I cannot take the sin of killing an innocent. I cannot commit such a crime, nor can I live with such guilt for the rest of my life. Please help me and suggest any other solution to solve my problem. The sage told the king that if you cannot end the life of that Shudra, then I am telling you another remedy. You should keep fast on Shukla Ekadashi of Ashadh month with full rituals and full devotion and worship etc. Following the orders of the sage, the king came back to his kingdom again and observed the King Ekadashi fast with full rituals. As a result of which there was rain in the king’s kingdom, due to which the famine goes away and the whole kingdom starts living happily as before.

It is believed that Ekadashi fast is the best of all fasts and by listening or reciting its story, sins are destroyed.