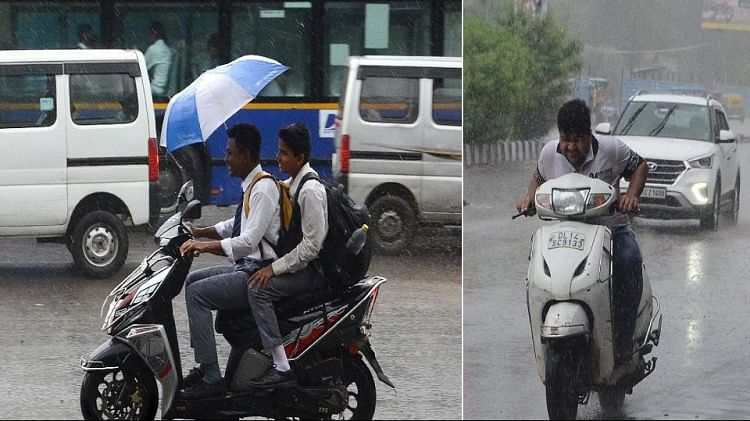 The departure of monsoon is now near. In this episode, the clouds are clearing the air of Delhi-NCR. This is the reason that due to continuous rain for the last two days, the air health has remained in the satisfactory to average category. For the second consecutive day, the worst situation has been in Gurugram. The AQI here has been recorded as 136. A day earlier this figure was 141. On the other hand, the AQI of Delhi and Ghaziabad cities remained in satisfactory category with 109 and 106 respectively on Wednesday. Experts predict that after the departure of monsoon, the pollution meter will rise sharply and the air quality may reach the poor to very poor category.

According to Dr. SK Tyagi, former Additional Director, Central Pollution Control Board (CPCB), various sources are responsible for pollution in Delhi-NCR. Incidents of stubble burning have been recorded in the neighboring states of Delhi-NCR. Although its smoke has not yet reached Delhi-NCR, but due to locally flying dust and other pollutants, the health of the air is deteriorating. Due to rain for the last two days, the pollutants present in the atmosphere have settled on the ground. After the end of the rainy season in the next two to three days, it will help the pollutants to settle and the breathlessness of Delhi-NCR will start again.

Wind speed will be low, mixing height and ventilation index will decrease

Particles larger than 2.5 micrometers accounted for 51 percent of PM10

According to the Centre’s air standards body Safar India, in the last 24 hours, the share of particles larger than 2.5 micrometers in PM 10 has been 51 percent. The air quality is likely to remain in the satisfactory category considering the possibility of rain for the next two days. At the same time, the wind speed will also be moderate. On Wednesday, the level of PM 10 was recorded at 95 and the level of PM 2.5 was 44 micrograms per cubic meter.

Rain will be heavy on Thursday, yellow alert issued

The weather remained pleasant throughout the day in Delhi-NCR on Wednesday. By noon the weather took a turn and heavy rain was recorded at some places. Till 5.30 pm, 2.8 mm of rain was recorded in Delhi and 1.5 mm in Gurugram. Apart from this, it has also rained in Noida, Faridabad and Greater Noida. The Meteorological Department has forecast that heavy rain can be recorded at some places on Thursday. The department has issued a yellow alert regarding this.