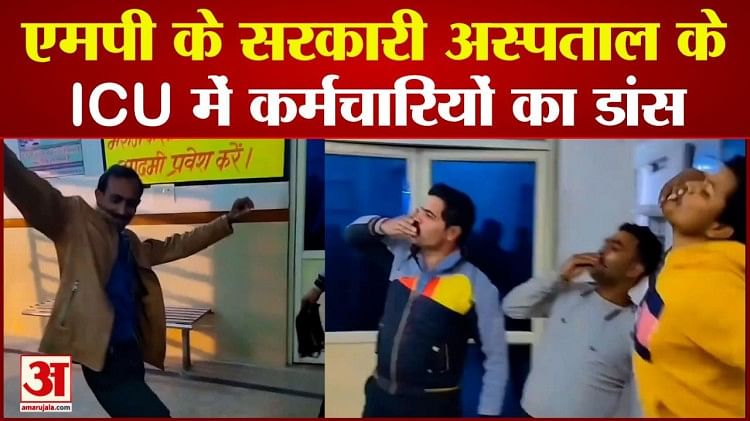 In the trauma center of Datia district hospital, a case of employees dancing to film songs has come to the fore. After the video went viral, the civil surgeon of the district health department swung into action and took action against the employees, in which the ward boy of the hospital has been suspended with immediate effect, while the company has been asked to take action against the security guards of the company engaged in the hospital. The letter has been issued.

According to information, ward boys and some guards were dancing to the song ‘Patli Kamariya’ in the trauma center of the district hospital. In the video, the ward boy Chaturbhuj Shukla, Dilip and Ravindra Yadav, along with three guards, are dancing fiercely near the ICU where the video was shot. There is a ban on noise around the hospital. Emergency patients come and go in the trauma center all the time. Despite this, the employees are seen having fun by making videos at sensitive places. Ward boy Chaturbhuj Shukla seen in the video has been suspended with immediate effect after the video went viral. Civil surgeon Dr. KC Rathore has issued a letter to the security company instructing them to take action.

In this case, District Civil Surgeon Dr. KC Rathore says that it is a case of insensitivity, the hospital’s ward boy Chaturbhuj Shukla is seen dancing, which has been suspended immediately. Along with this, a letter has been sent to the company to remove the guard. Let me tell you, in this video, everyone is seen dancing on the song Patli Kamariya Bole Hi Hi…Tirchi Nazariya Bole Hi Hi…. When this video of dancing went viral on social media, then this action has been taken by the health department.