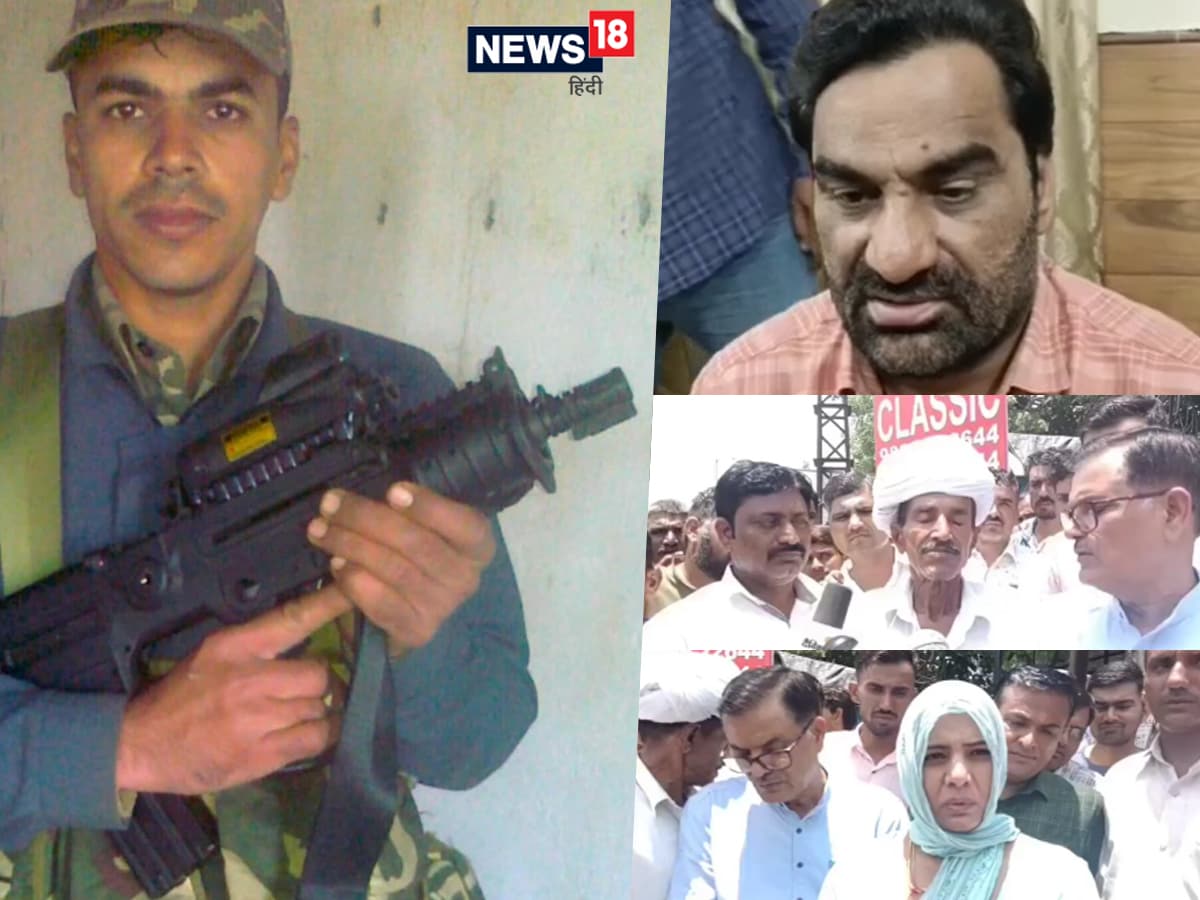 Jodhpur. The body of CRPF jawan Naresh Jat (CRPF Jawan Naresh Jat Suicide Case) has not been taken by the relatives till the morning of the third day of the incident even on Wednesday. The relatives of the deceased jawan and the people of the society have refused to lift the dead body till the 7-point demands are not fulfilled. RLP chief Hanuman Beniwal seems to be in the mood to agitate regarding this issue. They are sitting camping in Jodhpur itself. At the same time, Kavita Devi, wife of SI Vikas Kumar of CRPF, who committed suicide last year, has also reached Jodhpur. She has also come from village Ghanau in Rajgarh tehsil of Churu district seeking justice for her husband’s death.

Naresh Jat had committed suicide by shooting himself at around 11.30 am on Monday at the training center of CRPF located in Karwad police station area of ​​Jodhpur. His body has been kept in the mortuary of Mahatma Gandhi Hospital, Jodhpur. Outside the mortuary, the relatives of the deceased, people of Jat community and RLP leaders are sitting on a sit-in. They are adamant on not lifting the dead body till the 7 point demands are met. The relatives did not take the body till 9.30 am on Wednesday.

The father of the deceased, Likhmaram, said that I had handed over my son alive to the CRPF. I want my son alive. I am not hungry for any kind of compensation or money. I want justice. He said that the decision taken by Hanuman Beniwal regarding lifting the dead body would be valid. Meanwhile, on Tuesday night, CRPF IG RK Yadav, who came from Delhi to Jodhpur, CRPF IG Vikram Sehgal of Rajasthan and Jodhpur Police Commissionerate DCP East Dr Amrita Duhan, held talks with the protesters for about two and a half hours but it was inconclusive.

Nagaur Member of parliament And RLP chief Hanuman Beniwal said that the soldiers of Para Military Forces are continuously committing suicide. How does depression arise in them? There is a need to reflect on this. There have been 3 suicides in the Jodhpur CRPF training center in 3 years. Naresh will not lift the dead body of Jat till all his demands are met.

On December 19 last year, SI Vikas Kumar committed suicide by hanging himself in the same CRPF training center premises. On Tuesday, Vikas Kumar’s wife Kavita Devi also reached the protest site outside the mortuary. She alleged that her husband was asked by some officer to bring papaya. They had brought raw papaya. After that, the officer couple told him a lot and harassed him. Hurt by this, he committed suicide by hanging himself.

However, a demand has been accepted from the various demands of the father of the deceased, the people of Jat community sitting on dharna and RLP MP Hanuman Beniwal. A named FIR has been registered against those who have been accused in the suicide note written by the deceased Naresh Jat. It also includes the name of DIG Bhupendra Singh of CRPF Training Center.