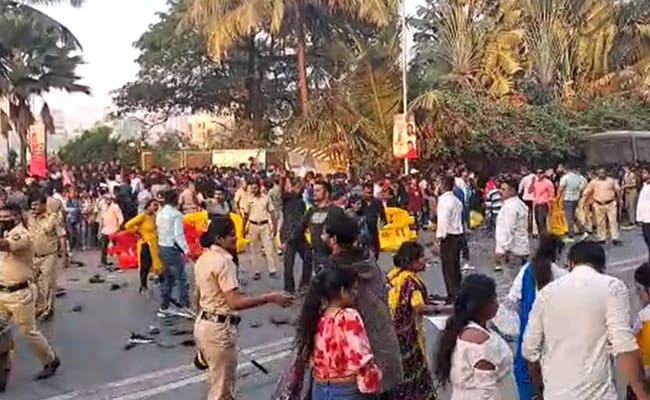 The Mumbai Police had to intervene to disperse a huge crowd that had gathered in front of actor Salman Khan’s 57th birthday. Hundreds of people gathered outside his Bandra house to come out and greet Salman Khan. Police said that the problem of traffic jam was arising due to the increasing crowd. After which they had to resort to mild lathi charge to control them.

At around six in the evening, Salman came to the balcony of his house and greeted the people standing outside with folded hands and then saluted. He accepted the greeting of his fans standing there by shaking hands. Some fans standing there got so excited seeing Salman that they broke the barricade. The actor’s fans had started gathering outside his house Galaxy Apartment since morning and by the evening, there was a huge crowd of people.

Dressed in a light blue T-shirt and jeans, Salman greeted the people and requested them to maintain order. Salman was accompanied by his father Salim Khan. Salman posted a picture of himself acknowledging the crowd’s greetings on Instagram and wrote, “Thank you everyone”. Policemen were stationed outside the building to control the crowd. After the actor left, some fans broke the barricades, after which the police had to lathicharge.

UP’s politics boils over OBC reservation, round of statements of High Court’s decision