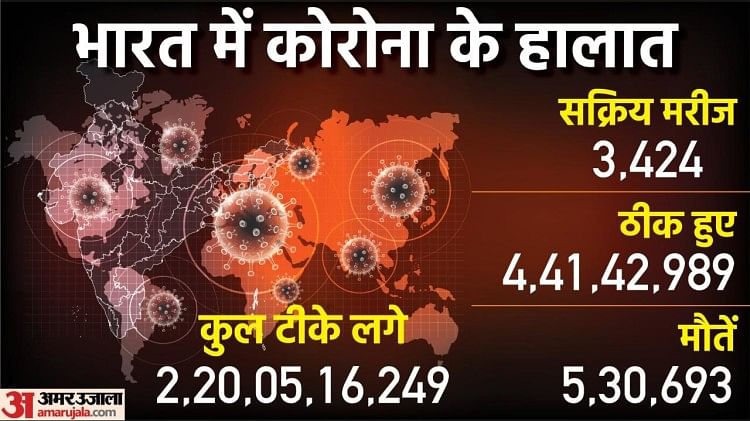 Amidst the outcry of Corona in many countries including China, India is also facing the threat of an epidemic. The average national rate of corona in the country is currently at 0.21 FDI. Meanwhile, it has come to know that there are three dozen districts in the country where it is more than one per cent. At the same time, in eight districts this figure is more than five percent. This information has been revealed from the data entered on the Indian Council of Medical Research (ICMR) portal by the states or laboratories of the country during the period 16-22 December.

According to the information, if we look at the corona statistics of 684 districts of the country, the infection rate of corona in eight districts in India is more than five percent. These include Lohit (5.88) in Arunachal Pradesh, Ri Bhoi (9.09) in Meghalaya, Karauli (5.71) and Ganganagar (5.66) in Rajasthan, Dindigul (9.80) in Tamil Nadu and Nainital (5.66) in Uttarakhand. The infection rate was recorded at 14.29 per cent in Kullu in Himachal Pradesh and 11.11 per cent in Rudraprayag in Uttarakhand.

The condition of these districts is also worrying

Rajasthan: Infection rate in eight districts is more than one percent

According to Sunday morning data, 227 new cases of Kovid-19 have been reported in India in the last 24 hours. The number of patients undergoing treatment has increased to 3,424. Meanwhile, Dr. Randeep Guleria, former director of All India Institute of Medical Sciences (AIIMS) New Delhi, said that overall there has been no unexpected increase in corona cases. People in India are getting the benefit of ‘hybrid immunity’. However, we need to be vigilant and follow the safety measures.