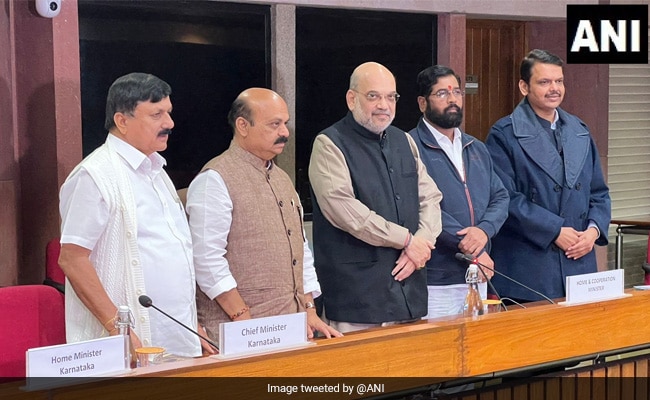 Maharashtra and Karnataka border dispute has been garnering a lot of headlines for the last few days. Now Maharashtra CM Eknath Shinde has presented a resolution in the assembly regarding the border dispute with Karnataka. Which was passed unanimously. Maharashtra’s proposal states that there are 865 Marathi-speaking villages, and that “every inch of these villages will be brought to Maharashtra”. Whatever is necessary for this in the Supreme Court, the Maharashtra government will do so.

The resolution states that “every inch of Belgaum, Karwar, Bidar, Nipani, Bhalki” will be part of Maharashtra. Karnataka on Thursday condemned the border dispute raised by Maharashtra. The resolution moved by Karnataka Chief Minister Basavaraj Bommai was passed by voice vote. It has been said in this proposal that there is no agreement on the matters related to the land, water, language and interests of Kannadigas of Karnataka.

Along with this, he had said that the sentiments of the people of Karnataka and the members (of the Legislative Assembly) are one on this subject, and if it is affected, we will all unite to take constitutional and legal measures to protect the interests of the state. are committed.

read this also : Russian MP who died in Odisha was critical of Putin, know what the embassy said

read this also : Order to put teachers and other teaching staff on corona duty at airport withdrawn