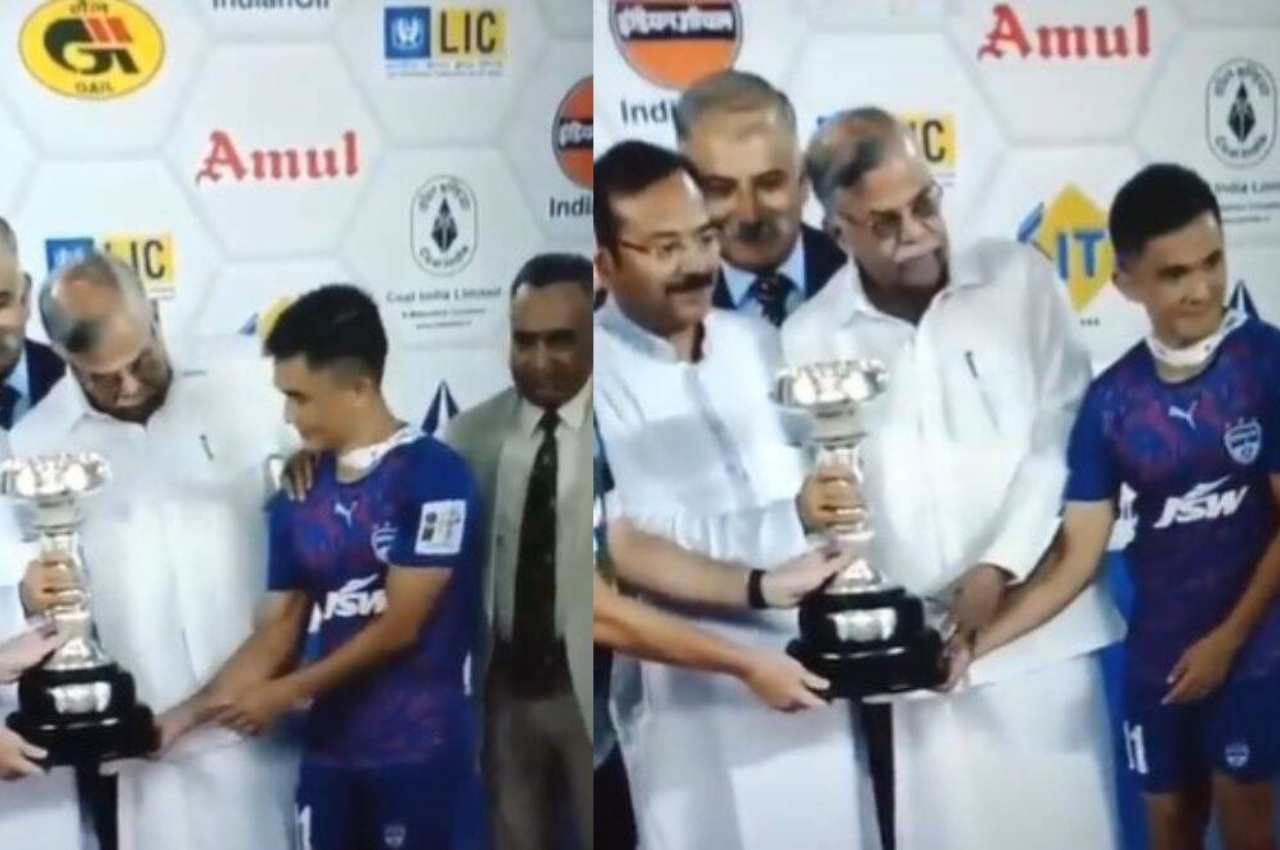 New Delhi: Bengaluru FC won the title for the first time by defeating Mumbai City FC 2-1 in the final of the Durand Cup played at the Salt Lake Stadium in Kolkata on Sunday. What happened at the presentation ceremony after the match filled all the sports lovers with anger.

In fact, Sunil Chhetri, the captain of Bengaluru FC, was present on the stage when the trophy was being handed over after the match. During this, Bengal Governor La Ganesan pushed Indian captain Sunil Chhetri for posing for the prize distribution. Ganesan had attended the ceremony as a guest while Chhetri was captaining Bengaluru FC.

The high-headedness is audacious. Not expected of a respectable figure, @LaGanesan, A public apology surely won’t be too much to ask for. #IndianFootballpic.twitter.com/aEq4Yq6a6R

The video of the entire incident has gone viral. It is seen in the video that Suni Chhetri is standing on the stage holding the cup and the photo session is going on. Governor Ganesan was slightly behind, while Chhetri was in the front. In such a situation, Ganesan caught Chhetri and put him in the side. There is anger among the people and they are narrating a lot of good and bad on this act of the governor. Former cricketer Aakash Chopra has also called it shameful.