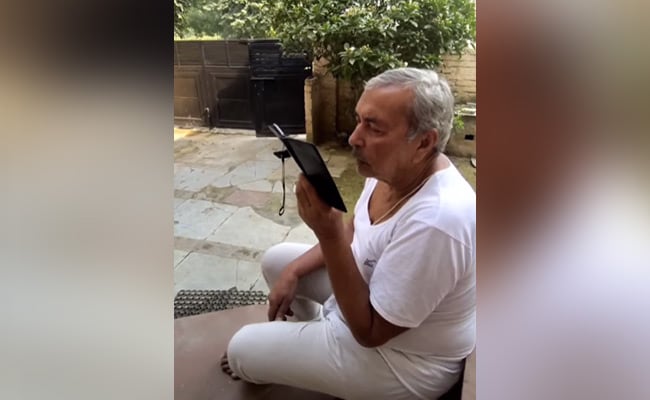 Funny Viral Video: With the changing times, the attitude of the people is also changing. At the same time, the technical world is also developing very fast, in which a big contribution of Google is also being seen. In today’s time, people can easily find answers to their questions on Google. At the same time, with its help, the work of the people is also getting reduced. Most of the people are seen taking the help of Google in today’s time, as can be seen in this recently viral video, which is creating panic on social media by drawing people’s attention. In the video, an elderly person is seen asking some questions to Google, listening to which you too will burst out laughing.

In the video, the old man is also seen stopping speaking of Google. You will also be surprised to hear the person’s conversation with Google in the video. The video is becoming increasingly viral on the Internet, which users are liking and sharing a lot. In this video, which is becoming increasingly viral, an elderly man can be heard asking Google on mobile, first calling it Gulgul, after which he is also seen apologizing to Google for mispronouncing its name. Further in the video, an elderly person questions Google that, somewhere in his area, there is a Bhandara nearby, in which Raita is also available. After watching the video, the users are also feeling bad laughingly.

This video has been shared on the social media platform Instagram with an account named amitatri79384, which is being seen and liked a lot. This video has got 4 million views so far, while more than 1 lakh people have liked this video. After watching the video, users are enjoying a lot by giving various funny reactions on it. One user wrote, ‘This is the misuse of Google’s powers.’