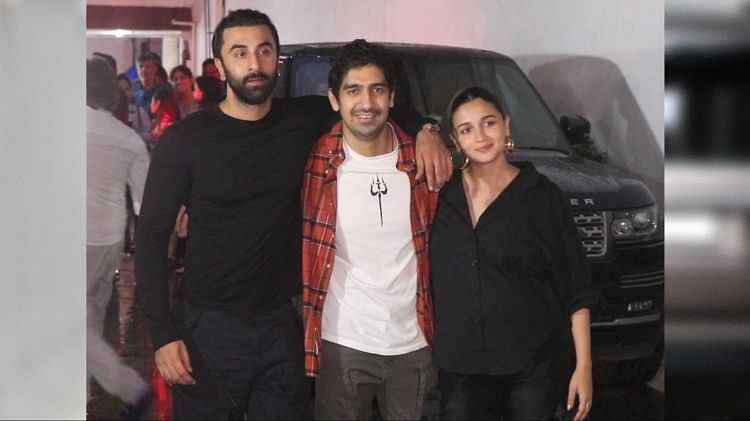 The success of Ranbir Kapoor, Alia Bhatt, Nagarjuna and Amitabh Bachchan starrer ‘Brahmastra Part One Shiva’, which has earned Rs 199.32 crore at the domestic box office till Saturday evening, has changed the atmosphere of the companies making it. The film’s director Ayan Mukerji and stars Ranbir Kapoor and Alia Bhatt are meeting their fans at the Dharma Productions office. Congratulation and also talking about the preparations started for its sequel. Even before the release of the film, Ayan Mukerji had an exclusive conversation with ‘Amar Ujala’.

Interview will air on Sunday

This time in the video interview, I objected to him that he did not tell the right thing about the absence of Deepika Padukone in the film at the preview screening of the song ‘Deva Deva’ and Ayan immediately accepted his mistake. . In this video interview, a lot of talk has happened with the three. An exclusive interview of Ayan, Ranbir and Alia on the success of the film ‘Brahmastra Part One Shiva’ is going to air on the Facebook and YouTube pages of Amar Ujala.com, Amar Ujala on Sunday night.

Ayan admitted that he had lied

Ayan Mukerji admitted in this conversation that he lied about the absence of Deepika Padukone in the film ‘Brahmastra Part One: Shiva’. He also asked where did Deepika see me in the film and when I told that there is a clear image of Deepika in the cradle of baby Shiva, Ayaan too was shocked and said, ‘You have a very sharp eye.’ As it is now well known that the film ‘Brahmastra Part Two: Dev’ will show the love story of Shiva’s parents. And, these characters are going to be done by Ranveer Singh and Deepika Padukone on screen.

The film ‘Brahmastra Part One: Shiva’ is also a story of being the biggest weapon of love in a way. When asked about the oozing that Alia saw on Alia’s face while taking fire rounds with Ranbir in the film’s song ‘Deva Deva’, Ayan interrupts, “This is the best shot of the film. Alia has not been more beautiful than this till now in any film and in any other scene of this film too. The only promise I have taken from Alia is that she will no longer do killer characters in any film.

Alia admits that her love affair with Ranbir was at its peak when the scene was being shot. She says, ‘We shot this scene in the year 2018 and it was a one night shoot for which I had to go to Bulgaria. Shooting of many of my films was going on that year and I could get time to meet Ranbir only during the shooting of the film ‘Brahmastra Part One: Shiva’. So I didn’t have time that day to speak my mind and whatever I was feeling, you are telling the truth that this scene also caught the camera’s grip.’