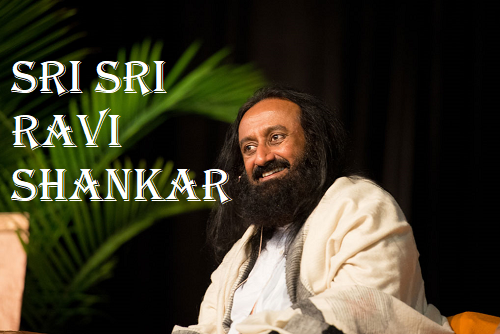 Ravi Shankar was born in the year 1956 and his parents were residents of Tamil Nadu. He did his schooling from MSE Bangalore School. Whereas Bangalore’s St. He has a Bachelor of Science from Joseph College. Along with obtaining a degree in science, he has also obtained a bachelor’s degree in Vedic literature. He had achieved both these titles at the age of just 17 years.

Apart from his parents, he has a younger sister in Ravi Shankar’s family. His father’s name is R. Venkata Ratnam and his mother’s name is Visalakshi Ratnam. Her sister’s name is Bhanumati Narasimhan and she works as the director of Art of Living Women and Child Welfare Program.

Journey of Sri Sri Ravi Shankar to Be a Spiritual Guru

Expansion of Art of Living Foundation

Ravi Shankar ji is famous for his works not in India but all over the world and he has been given many honors by the Government of India and other countries of the world and below we have given information about some of the awards and achievements he has got.

Ravi Shankar ji is also known as a peace ambassador around the world and he gives knowledge of non-violence and humanity through Art of Living Foundation. Some of the noble deeds done by them are given below.

In the year 1992, Ravi Shankar ji had also taken initiative for better life of the jail inmates and after the release of the prisoners, he had run a program to get respectable work for them.

For the purpose of maintaining peace in the world, Ravi Shankar had visited the country of Pakistan and Iraq. During his visit, Ravi Shankar had met political and religious leaders of these countries to promote global peace.

His Art of Living Foundation helped the people who were affected by the tsunami that hit our country in the year 2004. His foundation provided food and shelter to tsunami victims. Apart from this, his foundation also supported the people during the storm named ‘Katrina’.

In the year 2012, Shankar ji started an initiative regarding the Delhi gang rape case. The initiative launched by him on December 5, 2012 was named ‘Volunteer for Better India’.

In 1997, he founded the International Association for Human Values ​​(IAHV), a humanitarian organization. The goal of this organization is to develop rural areas and protect human values.

Ravi Shankar ji believes that every person should meditate daily. By meditating, you become completely refreshed as well as active. According to the philosophy of Ravi Shankar, the abode of God is in everyone’s heart.

Ravi Shankar ji says that every religion has three characteristics which are customs, symbols and values. A peaceful and united world can be built on the basis of these characteristics. Apart from this, in his view, a ‘violence free society’ can be formed not through religion but through spirituality.

In the year 2012, a complaint was filed against Guru Sri Sri Ravi Shankar and this complaint was made regarding a controversial statement made by him. In fact, in Jaipur, Ravi Shankar ji had given a statement saying that Naxalism is flourishing in the government school and the children here become Naxalites. In this statement, he further said that all the government schools of our country should be given in private hands. Many politicians had expressed their displeasure on this statement and Kapil Sibal had said whether the President of our country who has studied from government schools, is he a Naxalite.

In the year 2016, the World Culture Festival was celebrated near the Yamuna River in Delhi. This festival was organized on the occasion of the founding day of Art of Living. At the same time, the Yamuna bank was damaged due to this festival. The Art of Living was held responsible for this loss.

Giving a statement on Ram Janmabhoomi, Ravi Shankar had said that the Ram temple should be built where it was earlier and the mosque should be built at a distance. People of one community got angry with this statement of his. Not only this, on the Babri issue, Ravi Shankar had said that if this issue is not resolved, then there will be a situation like Syria in our country. Significantly, the war in Syria has been going on for many years.

Other things related to Ravi Shankar-

Ravi Shankar has written a book

Ravi Shankar has also written a book called ‘Celebrating Silence’. When this book was launched, within a few days, about 1.4 lakh people had bought this book. This book is counted among the most popular books of all time.

Out of all the Art of Living courses created by him, ‘Sudarshan Kriya’ is the most famous course. This course has been reviewed by many medical institutions. And during the review, this action has been found to be effective for increasing the brain and immunity.

Sri Sri Ravi Shankar ji has laid the foundation of Sri Sri University in Odisha during the year 2009. The aim of this university is to give good education to the children. Apart from this, Ravi Shankar ji is doing many things for the education of the children of our country. So that our country can get a good future and our country can progress well. At the same time, we hope that they can be successful in this goal soon.