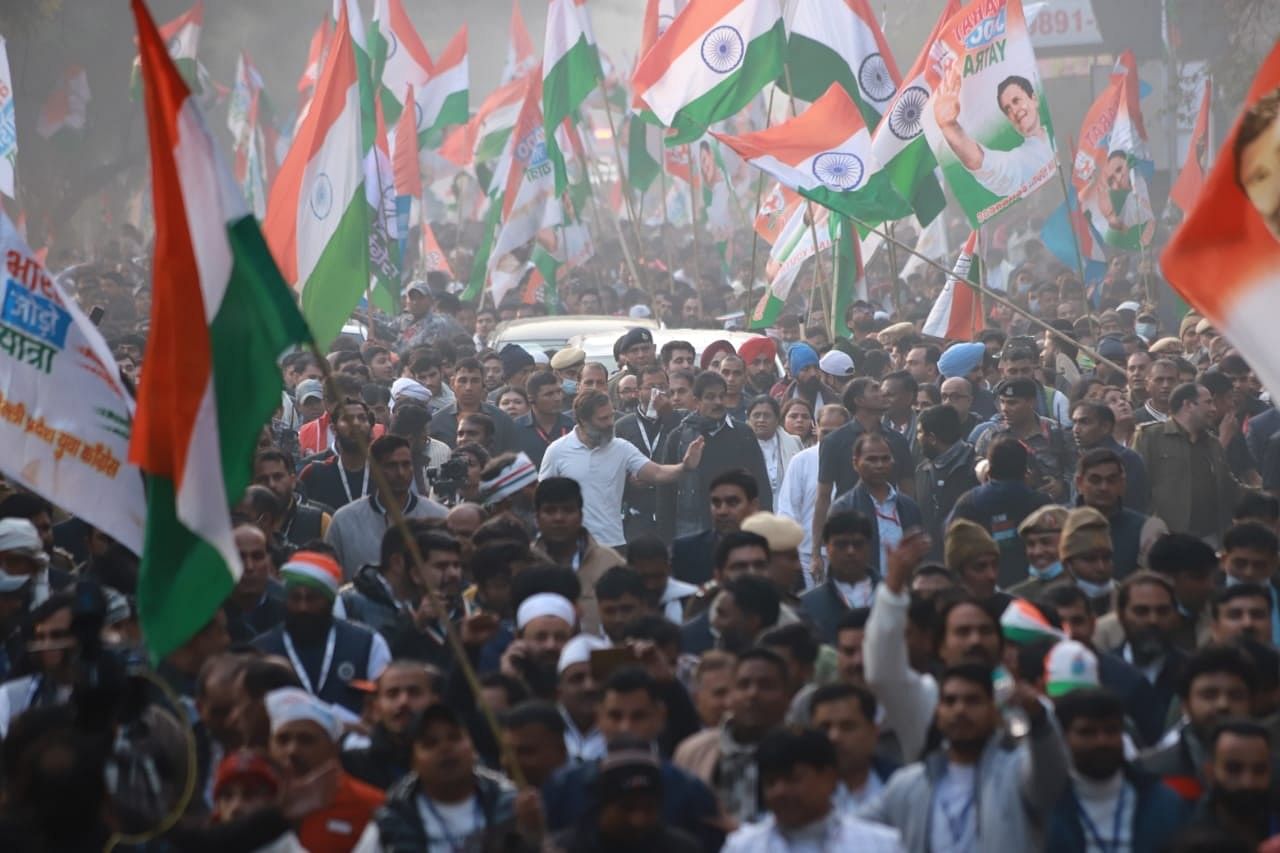 Rahul Gandhi is running very fast, the Congressmen running with him have to run with a light race. 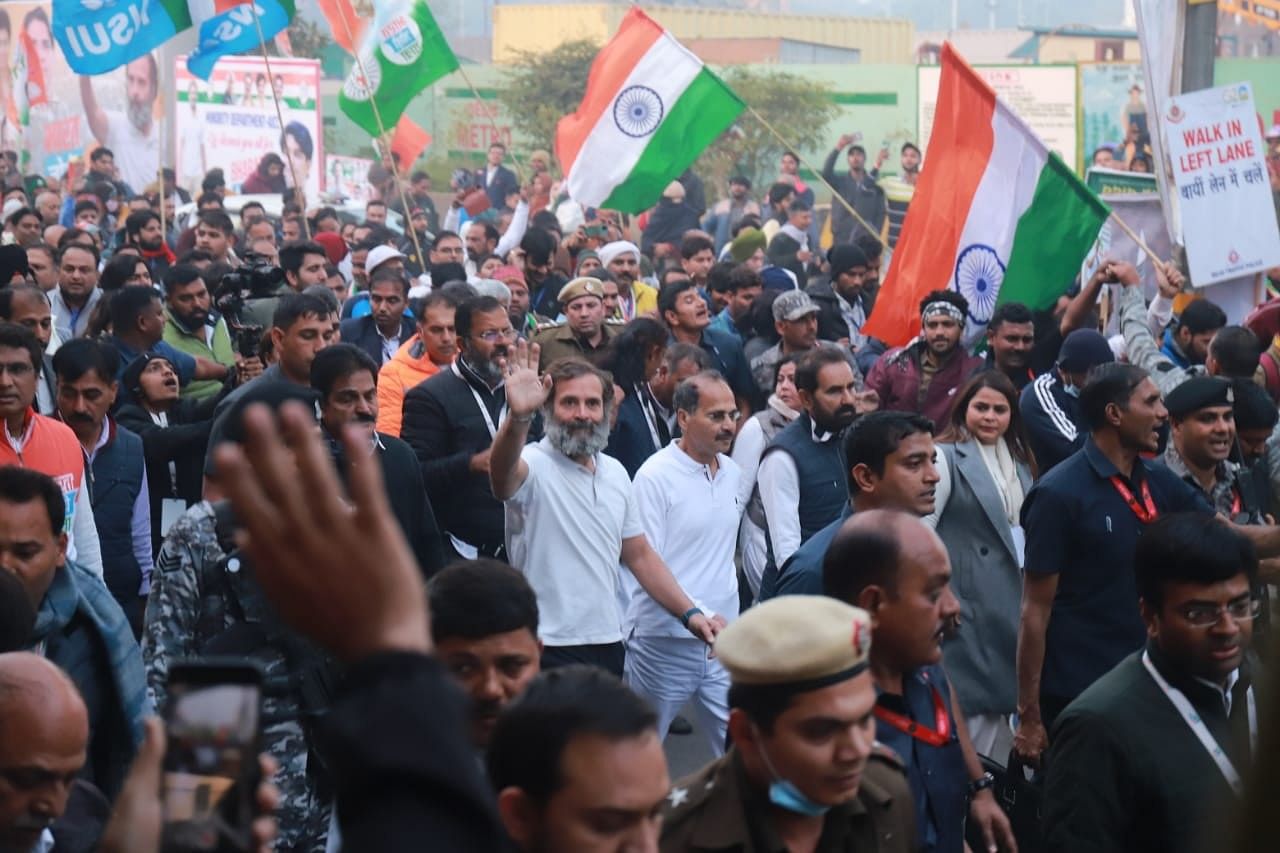 Crowd gathered everywhere to get a glimpse of Rahul

During the yatra, many people standing at various places are waiting to catch a glimpse of Rahul Gandhi. While passing in front of Rahul Gandhi, people are greeting him by shaking hands. 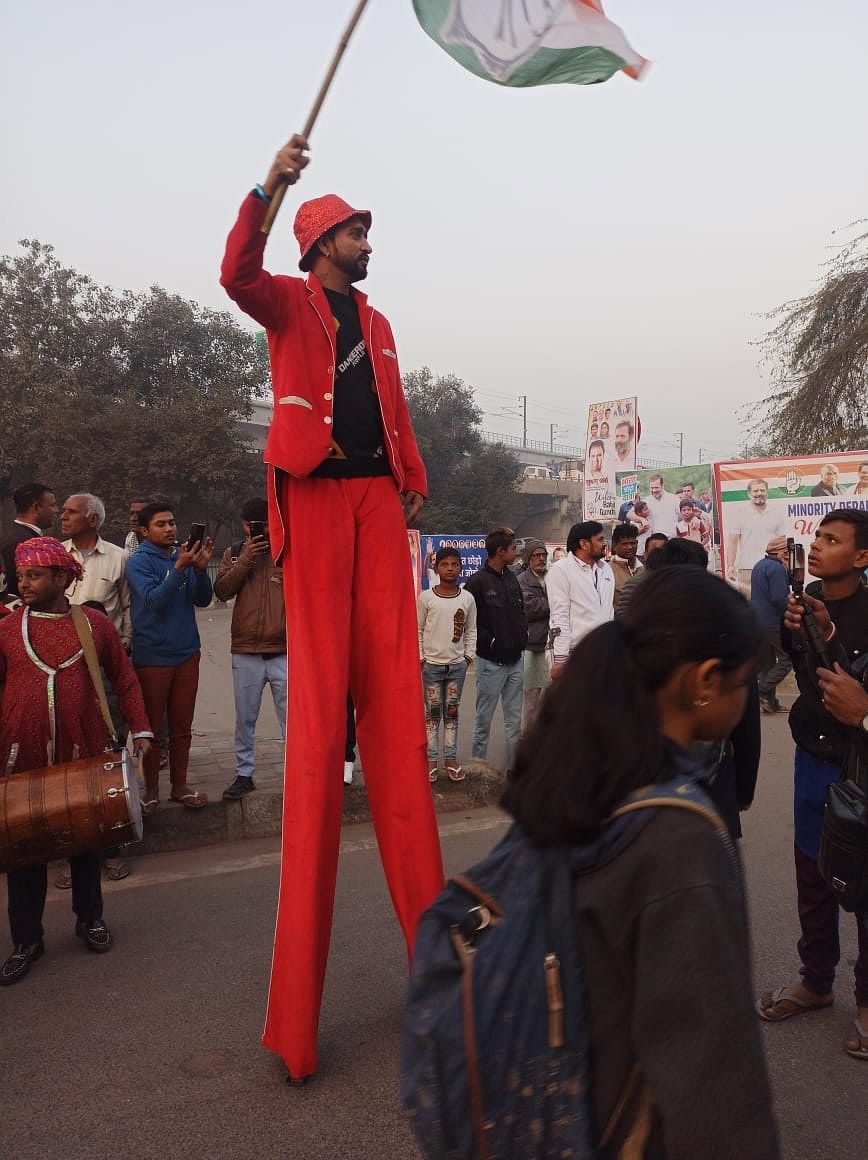 We have come to open a shop of love in BJP’s market of hatred: Rahul

While addressing the public meeting, Rahul Gandhi said that Bharat Jodo Yatra has reached Delhi from Kanyakumari. We will hoist the tricolor in Srinagar. Lakhs of people walked in this journey and they gave their full support. I had said in my speech a few days ago that I had told the people of RSS and BJP that we have come to open a shop of love in your market of hatred.

The people of the whole country are looking towards Rahul Gandhi: Uday Bhan Singh

Addressing the public meeting, Bhupendra Singh Hooda said that this visit of Rahul Gandhi is historic, he has come with a goal, in which he will be successful. After this Haryana Congress Committee President Uday Bhan Singh addressed the public meeting. He said that not only the people of Haryana state but the whole country is looking towards Rahul Gandhi.

Rahul arrived wearing a T-shirt in the cold

Rahul Gandhi reached the dais during the yatra. There was competition among the Congressmen to congratulate Rahul Gandhi on the stage. Congress workers welcomed Rahul Gandhi with dhol-nagada and band baja.

Bharat Jodo Yatra Live: Rahul said – We have come to open a shop of love in the market of BJP’s hatred, the journey reached Badarpur

Bharat Jodo Yatra will go only through India Gate

Among Congress officials, Jairam Ramesh, Venugopal and Digvijay had categorically denied that the yatra would not go to Red Fort without passing through India Gate. This was followed by a meeting with Delhi Police officers and the meeting was slightly modified in the form of the visit. It was cleared by Delhi Police officials. Heavy traffic is expected from Badarpur border to Red Fort in Delhi on Saturday in view of Congress’ Bharat Jodo Yatra, Delhi Traffic Police said.