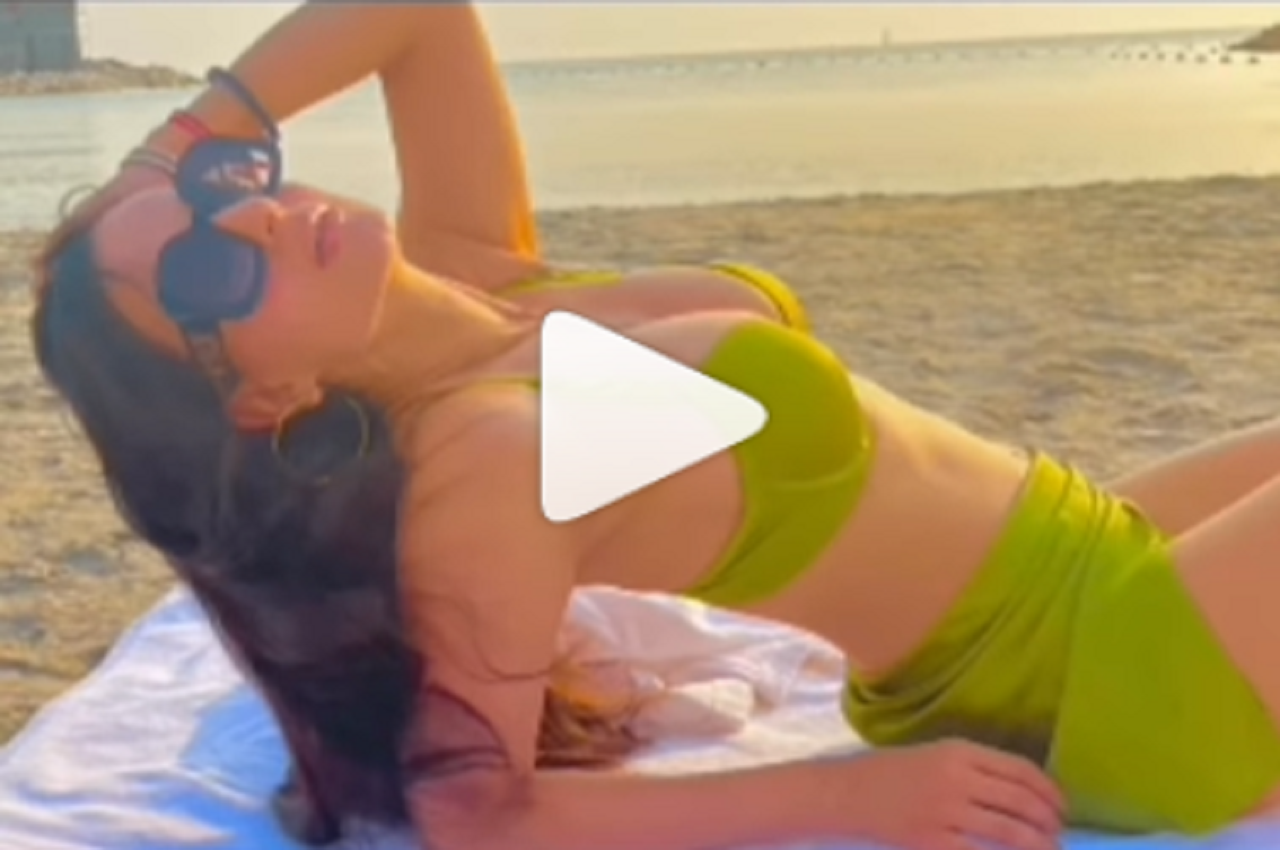 Bollywood actress Ameesha Patel is one of those actresses in the industry, whose entry was bang on but the career did not do anything special. He gave many super hit films in the Hindi film industry, for which he is still remembered today.

Ameesha, who started her career opposite actor Hrithik Roshan in the film ‘Kaho Na Pyaar Hai’, is no longer active on the film screen. But through social media, she often stays connected with her fans. Meanwhile, another video of her (Ameesha Patel hot video) is raising the temperature of the Instagram world.

Talking about the latest video of Ameesha Patel, who often gives visual treats to fans through her glamorous pictures, this time she can be seen in a green color bikini (Ameesha Patel Green Bikini Look). The actress is in Bahrain these days and from here she has shared some sizzling videos, in which her smoking hot style is enough to increase the beats of the fans. The green bikini is styled by Amisha with a matching satin green skirt. She completed her look with some neckpieces around her neck, sunglasses on her eyes and loose hair.

This post of Ameesha is becoming quite viral on social media. However, once again he is being edge-shamed. Some people did not like this bold avatar of 46-year-old Ameesha and they started taunting the actress for her age. One user wrote, ‘Even in old age’. Another wrote, ‘At this age there is no shame in wearing such clothes’. However, some people also praised Ameesha’s performance. One user wrote, ‘Gadar to you aap rahi ho’, another wrote, ‘Someone will say that his age is 46.’

Let me tell you, Ameesha is now going to return to the film screen after a long break. The actress will once again be seen opposite Sunny Deol in ‘Gadar 2’, the sequel to her superhit franchise ‘Gadar’. Fans can’t wait for his comeback once again.