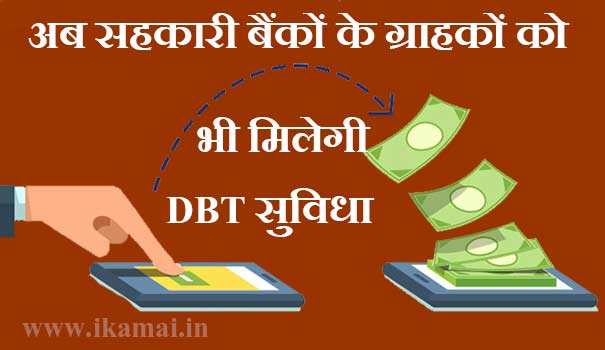 Government from the lowest strata of the country government schemes wants to take advantage of. For this, it keeps on making many announcements and appropriate steps from time to time. In this sequence, the Cooperative Minister of the country, Amit Shah has announced that in order to give the benefit of welfare schemes of the government to the customers associated with cooperative banks, they will also be connected with Direct Benefit Transfer (DBT) soon.

Said this thing through video conferencing

Union Cooperation Minister Amit Shah, while addressing a program through video conferencing, has talked about connecting the customers of cooperative banks with Direct Benefit Transfer (DBT). Addressing a program, he said that about 52 ministries of the government have reached the beneficiaries under more than 300 schemes across the country through direct benefit transfer.

Appreciated the reforms happening in the banking sector

The country’s Home Minister and Cooperation Minister Amit Shah admitted that banking There is a lot of improvement in the area as compared to the past. Due to which more and more citizens of the country are getting the benefit of banking services. he said that Under Pradhan Mantri Jan Dhan Yojana Bank accounts of more than 45 crore people opened in the country. Those who never visited the premises of the bank opened their bank account under this scheme.

And more than 32 crore people are taking benefit of Rupay card. All this is the result of the determination taken by the Prime Minister for the upliftment of the poor. He further said that cooperatives have played an important role in the economic progress and prosperity of the country and will continue to do so. Apart from this, talking about the achievement of Jan Dhan Yojana, he said that the number of transactions in the accounts opened under this scheme has crossed the one trillion dollar mark.

Agriculture banks saved people from the clutches of moneylenders

The country’s Home Minister and Cooperation Minister Amit Shah congratulated the Gujarat State Co-operative Agriculture and Rural Development Bank on the completion of 70 years. And said that the contribution of agriculture banks in the country has been remarkable.

He saved the people from the clutches of moneylenders. Further, he has appreciated the agriculture banks and said that whatever rules and criteria have been made by NABARD and Reserve Bank of India to regulate them. They have done a great job without ignoring those rules and norms. Not only this, he further said that where earlier loans were available at 12 to 15 percent interest rates, today it has become 10%.

Do you know which state has the best environment for doing business in India?

Banks increased interest rates on fixed deposits, know whether your bank is also in them or not.