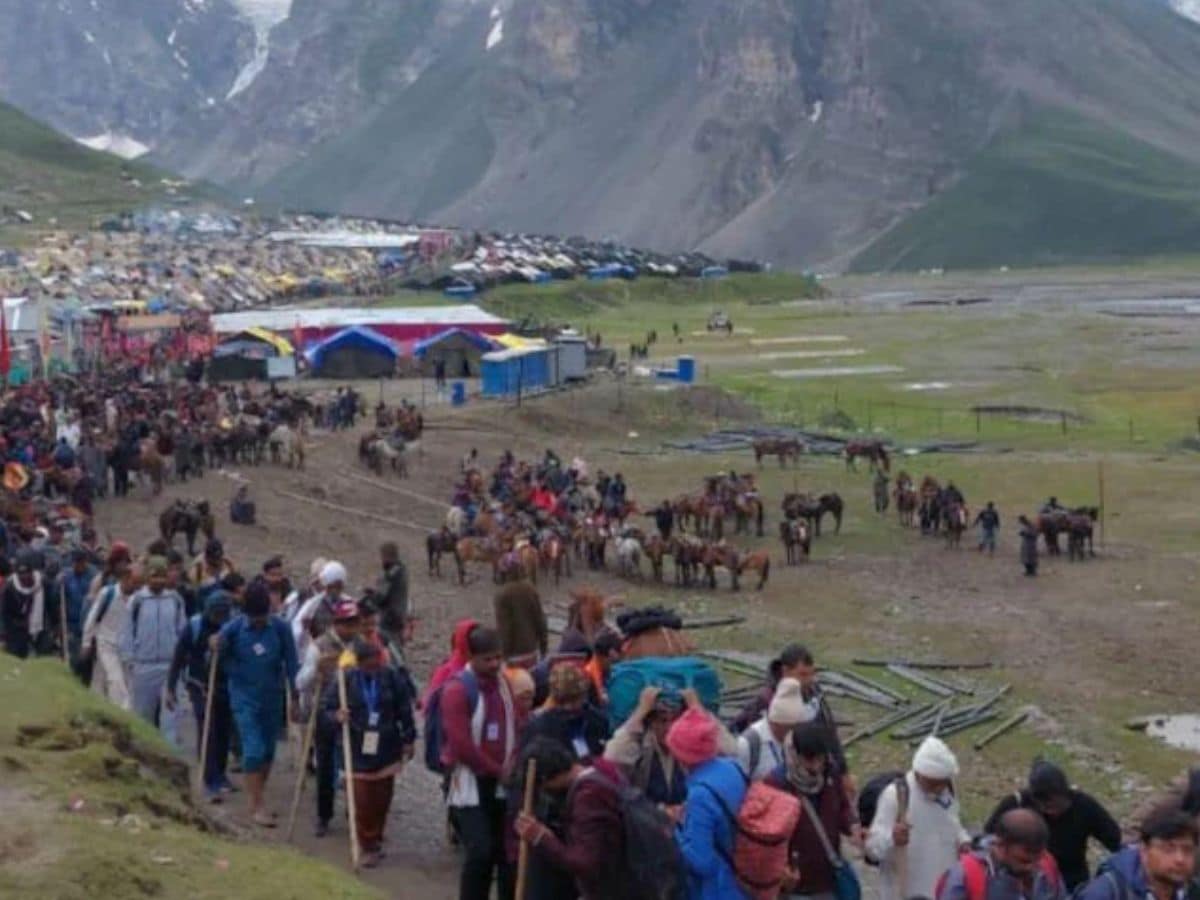 Srinagar: The Amarnath Yatra resumed on Monday after being suspended for three days due to flash floods, while the Jammu and Kashmir administration said a clear picture of the damage would be revealed by Tuesday.

On allegations of setting up pilgrimage camps at “risky” places, a Raj Bhavan spokesperson told PTI that earlier flash floods were taken into account while planning, but Friday’s “inundation” was more than anticipated. And this had never been seen before.

The holy Amarnath cave is situated at an altitude of 3880 meters in South Kashmir. Jammu and Kashmir’s Lieutenant Governor Manoj Sinha is the chairman of the Shri Amarnath Shrine Board (SASB), which manages the annual Amarnath Yatra. Recently, 15 people died in a cloudburst incident during the Amarnath Yatra.

“The flash floods of last year and 2015 were discussed and taken into account and precautionary measures like embankment construction were decided based on the estimated water level,” the spokesperson said.

“But the torrent of water that came last Friday was more than expected and never seen before,” he said.

The clarification comes at a time when there are allegations that the board had overlooked the cloudburst incident on July 28 last year while setting up anchors and tents on the dry bed of the river outside the cave.

Although Amarnath Yatra did not take place last year due to the Kovid-19 epidemic, but the incident was so serious that Sinha informed the Union Home Minister over telephone.

Sinha had tweeted on July 28 last year, “Spoke to Hon’ble Home Minister Shri Amit Shah ji and discussed with him the incident of cloudburst in high altitude areas at Shri Amarnath Shrine. There was a strong stream of water near the holy cave. ,

Former Jammu and Kashmir Chief Minister Omar Abdullah had questioned the reason for putting up tents on the dry bed of the river and demanded an inquiry to fix the responsibility.