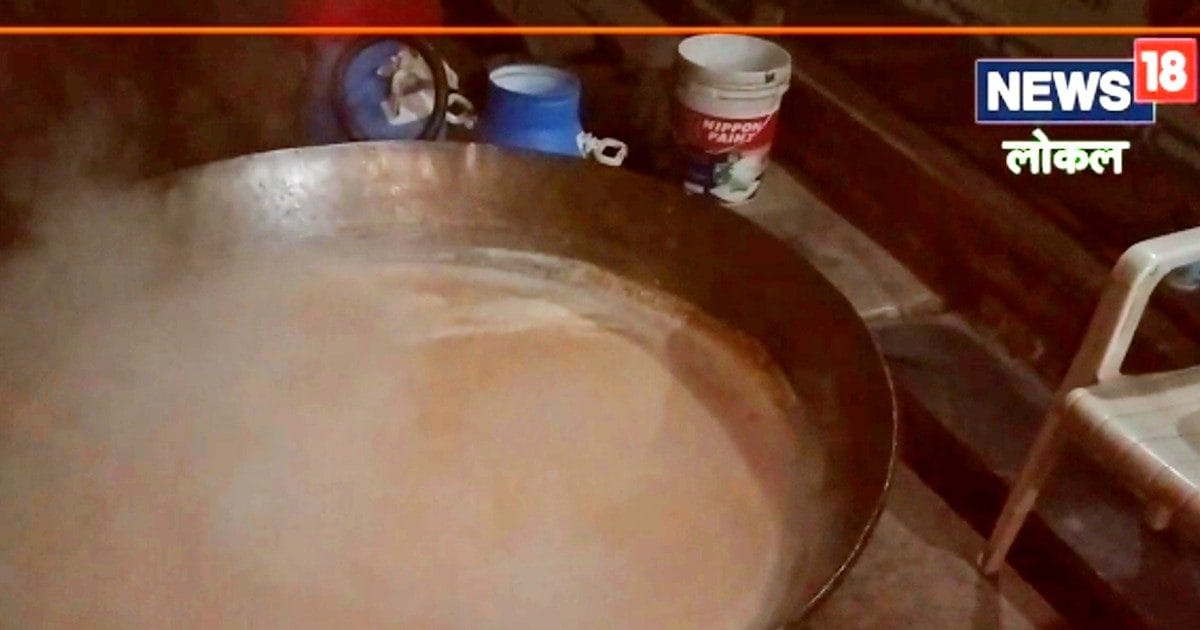 Basni’s Aloe Vera Halwa is famous because balanced nutritious diet and a special type of rose flavor is added to this halwa. Which gives it a special kind of fragrance and taste. That’s why this halwa is so famous.

What is the recipe for Aloe Vera Halwa?
Artisan Hussain said that to make aloe vera pudding, aloe vera juice is prepared after washing aloe vera and cutting it in a mixer. Buffalo milk, ghee and sugar, cashew nuts, almonds, pistachios and figs are used to make this pudding. .

what is the benefit of eating aloe vera pudding
Hussain told that by eating Aloe vera Halwa during winters, the body gets fit, because it has the capacity of rich vitamins, anti-oxidants and disease-resistant minerals. Consuming this halwa gives relief in cough, asthma, sore throat, phlegm. It gives relief from joint and body pain and stiffness in the body.

Whole Mumbai is made here
Artisan Hussain told that Aloe vera pudding is made on the Nagaur-Basni road. This whole pudding goes to Mumbai. Made on order for local people. The price of this halwa is Rs.400 per kg.