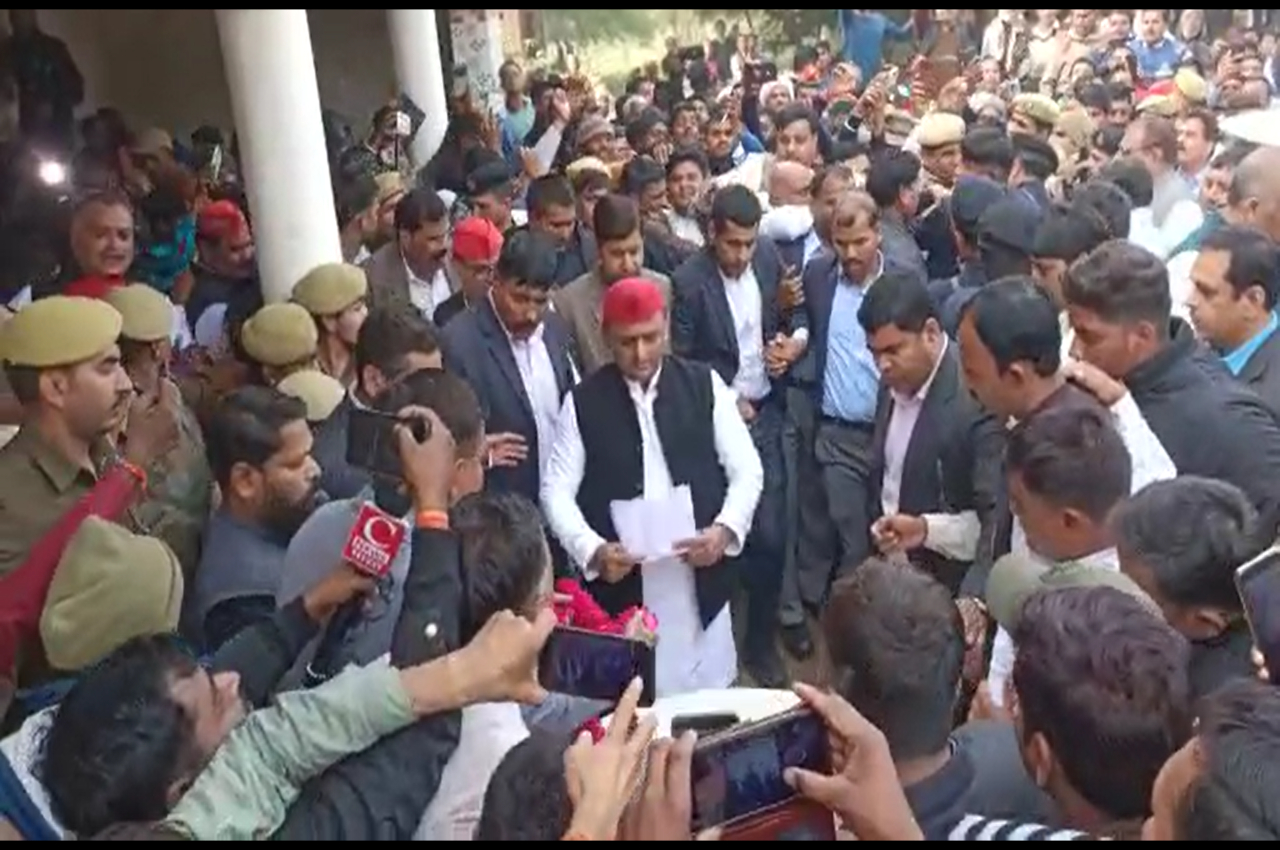 Kanpur (Pranjul Mishra): Samajwadi Party chief Akhilesh Yadav reached the house of Balwant Singh, who died in police custody in Kanpur on Monday. In Saraiya village of Kanpur Dehat, the SP chief met the victim’s family for about an hour. It has been told that Balwant’s wife Shalini had written a letter to Akhilesh Yadav seeking help on Sunday. She had described herself as Akhilesh’s younger sister.

Died in police custody on December 13

Please tell that young businessman Balwant died in police custody on December 13. Dissatisfied with the action taken in the case of her husband’s death, Balwant’s wife Shalini wrote a letter to Samajwadi Party President and former Chief Minister Akhilesh on Sunday seeking help. After this, SP chief Akhilesh Yadav had reached to meet the victim’s family. After the meeting, Akhilesh Yadav said that the policemen were brutally beating Balwant in front of the family.

Akhilesh Yadav made these allegations against the government

Akhilesh Yadav said that Balwant lost his life due to beating. He alleged that UP is number one in custodial deaths. This figure is continuously increasing in the BJP government. He called the incident a conspiracy. He said that the police is fully responsible for this incident. We do not have to be satisfied with the action that has been taken. Such action has been taken in the past as well, but the question arises why the incidents of death in police custody are not stopping.

Get the investigation done by CBI or sitting judge

This demand from the government for the victim’s family

Actually, Samajwadi Party chief Akhilesh Yadav was on a tour of Kanpur on Monday. He also met SP MLA Irfan Solanki in Kanpur District Jail. He spoke to the media after meeting about half of them in jail. Here too he made many serious allegations against the state government. He had said that the SP MLA has been implicated in false cases under a conspiracy.