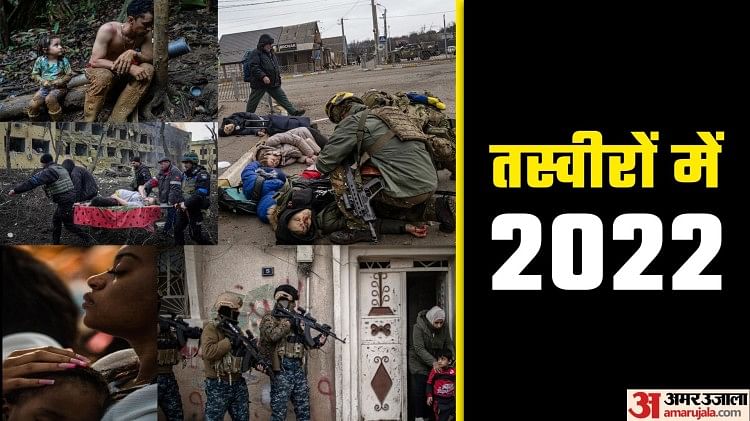 This is the last week of the year 2022. For a long time the whole world will remember this year. It will be mentioned in history. Some good experiences were associated with people this year and some gave pain. The pain was such that the whole world was shocked to see it. In this era of Corona, the happiness that came in front of the sorrow of the people became small. Today we will introduce you to 12 such pictures, which will continue to be discussed for decades.


1. This photo is from the Kamloops Indian Residential School in Canada. When unmarked graves of more than 215 children were found here, a voluntary organization hung the red clothes of the children on the roadside cross. The whole world saw these pictures and everyone’s eyes became moist.

2. Photo is from Sri Lanka. After the economic crisis here lakhs of people came on the streets. People torched the Prime Minister’s house and occupied the President’s residence. The President and his family had to flee the house. People occupied the entire house of the President.

3. A large number of women protested against the hijab in Iran this year. More than 500 women were shot dead during demonstrations at different places. This photo was taken on September 19 in Tehran city of Iran. When the women were protesting against the hijab, then the police came and started lathicharge on the women.


4. The picture is of Mariupol city of Ukraine. A proud woman was trapped here after the Russian invasion. Somehow on March 9, Ukrainian army personnel and hospital staff rescued the woman. Both were taken to the hospital, where the woman delivered a stillborn baby. After some time the woman also died.